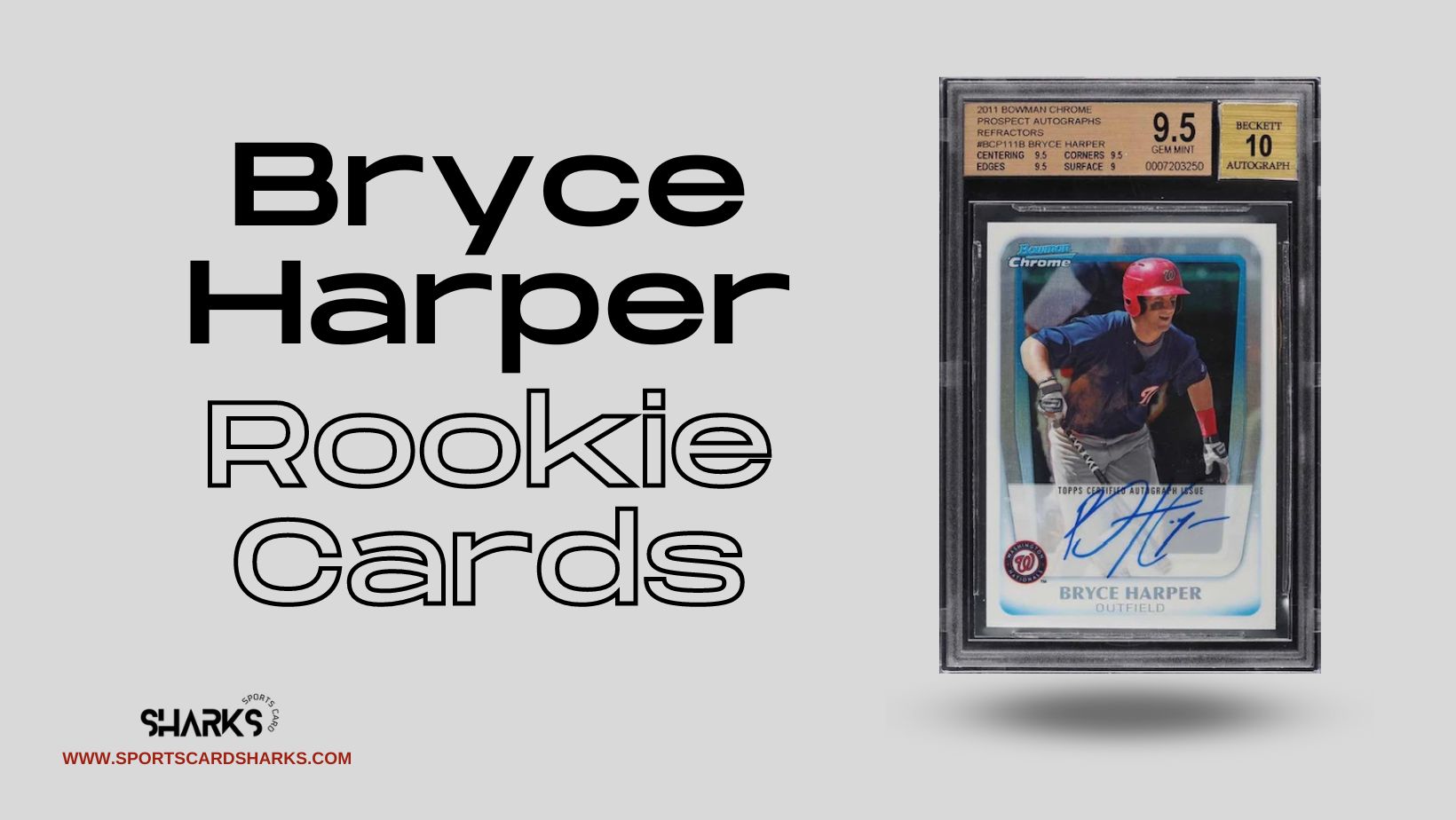 We use affiliate links and may receive a small commission on purchases from eBay or other partners. Please help support a small business. Read more about us.

Hello! If you’re looking for a list of the best Bryce Harper rookie and prospect (aka pre-rookie) baseball cards, then you’ve come to the right place.

Bryce Harper is one of the hottest commodities in baseball, and his rookie cards are some of the most valuable in the hobby.

Harper made his Major League debut in 2012 at the age of 19, and he quickly established himself as one of the game's brightest young stars by winning the Rookie of the Year award.

In 2015, he was named the National League MVP and he did so again in 2021 as a member of the Philadelphia Phillies. He is the second player in Major League history to win a league MVP with two different teams before the age of 30 (Barry Bonds).

Bryce Harper rookie cards are highly sought-after by collectors and investors, and they continue to appreciate in value. If you're lucky enough to own one of these cards, you may be sitting on a small fortune.

The experts here at Sports Card Sharks have spent countless hours sifting through each and every Bryce Harper rookie card and prospect card on the market and have compiled a list of the ones we feel are the best of the best.

We hope you find a ton of value in our list!

How Do We Pick The Best Cards?

The rookie cards we select for our lists are judged based on 3 criteria:

What Makes Us Different?

Why Should You Trust Us?

Our Founder is an 80's baby that grew up in the 90's collecting sports cards during the junk wax era.

While card collecting when on hiatus for a couple of decades, that passion was re-sparked in 2020 and we haven't looked back since.

We spend countless hours researching each player and constructing these posts to help you save time and energy so that you can focus on the fun part which is collecting!

MLB Draft: Drafted by the Washington Nationals in the 1st round (1st) of the 2010 MLB June Amateur Draft

Why We Love Bryce Harper

Our List of the Top Bryce Harper Rookie and Prospect Cards 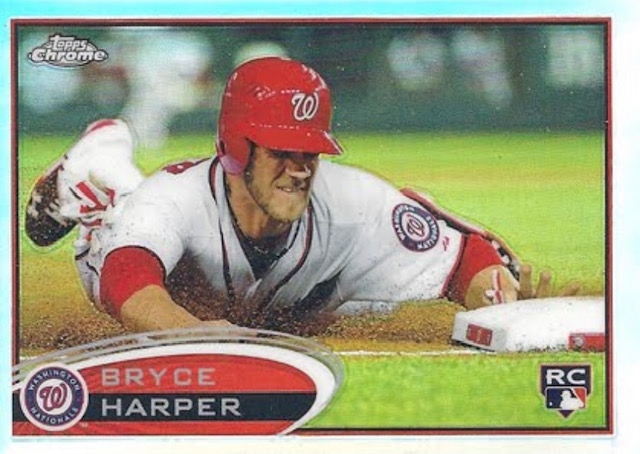 If there is one common theme throughout this Bryce Harper rookie card list, it is scarcity. Card collectors love this guy and it was difficult to find listings for a lot of these on the major card marketplaces. 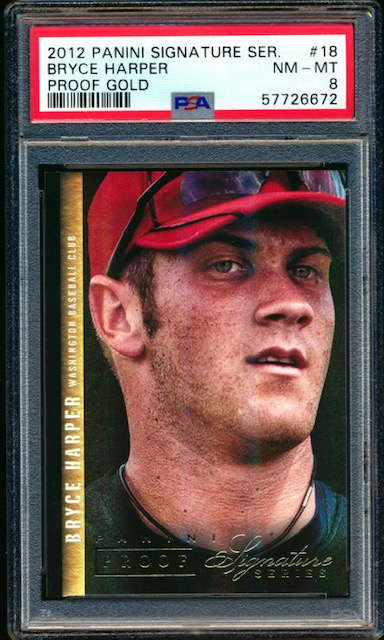 The only Panini card you'll find on this list and at the time of this writing there was only 1 listing on eBay. God speed and happy hunting. 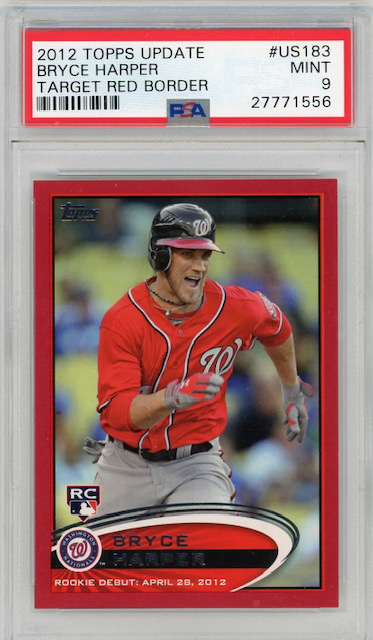 We love color-match rookie cards and here you have the Target red border that matches the red uniforms of the Washington Nationals. It makes for a beautiful card. 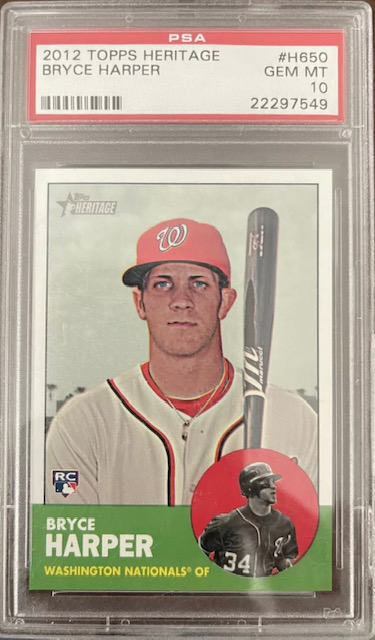 This Bryce Harper Topps Heritage rookie card was a short print with a run of approximately /1000 which makes it extremely rare. 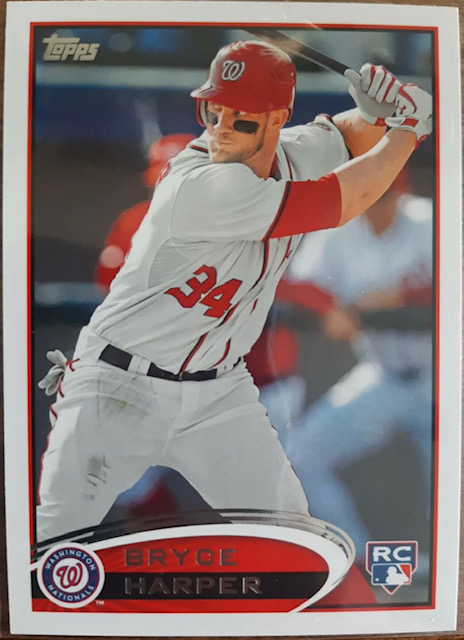 The normal version of this rookie card features Bryce in a blue helmet. This variation featuring the red helmet is a super short print making it highly sought-after by collectors. 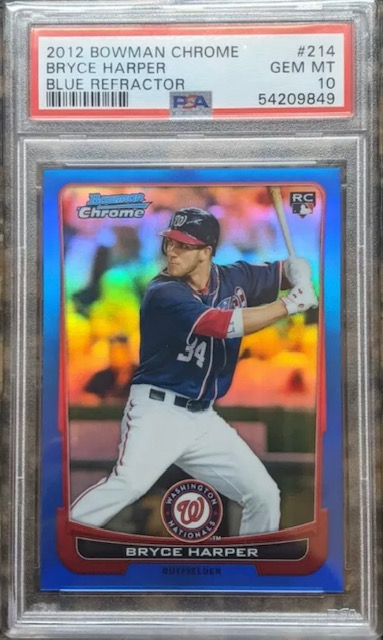 This rookie card is just plain old, flat out, CLEAN. We love the shine and the blue on blue. It's a work of art. 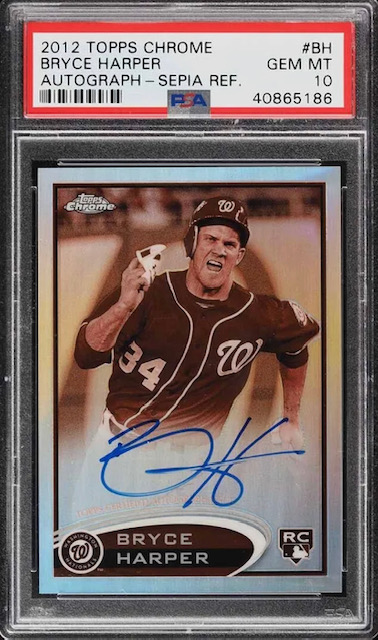 We love the photography on this card. Bryce looks like he's running like a bat out of hell. The Sepia Refractors are definitely short prints and that on-card autograph is extra nice. 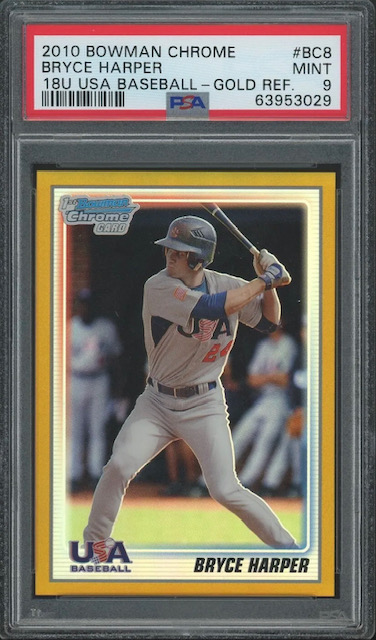 This card is technically a prospect card and not a true rookie card but it's still loved by collectors. It features Bryce Harper in a Team USA uniform from his days on the 18U National Team. 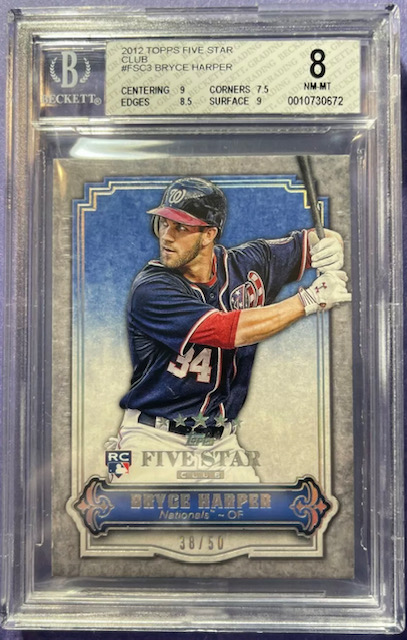 There are a few different parallels of this rookie card available with varying quantities of print runs. The card featured above happens to be the silver parallel with a print run to /50. 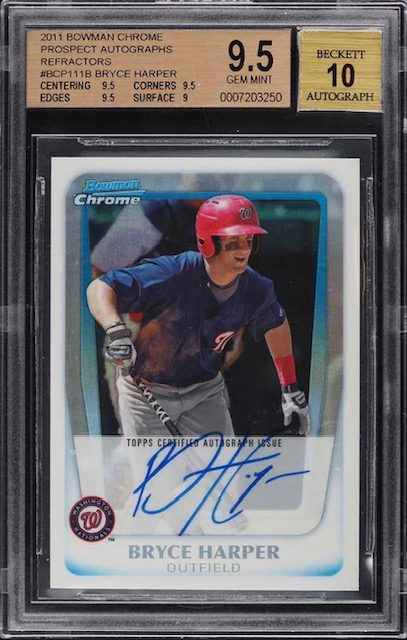 While this is technically a prospect card, the Bowman Chrome 1st Prospects card is considered to be Bryce Harper's first "true" rookie card.

There are a number of different parallels available and you can collect the rookie card both with or without the autograph.

Affiliate Disclaimer: The links in the article contain affiliate links and we receive a small commission for any purchase made on eBay. We appreciate your support!

Trevor Weitzel is the founder of Sports Card Sharks. His pro sports teams are the Timberwolves, Vikings and Twins (which is rough). If we’re talking college then we’re only talking the University of Arizona Wildcats – BEAR DOWN! He is also an avid reseller, crypto enthusiast, and digital marketer.

This site uses Akismet to reduce spam. Learn how your comment data is processed.